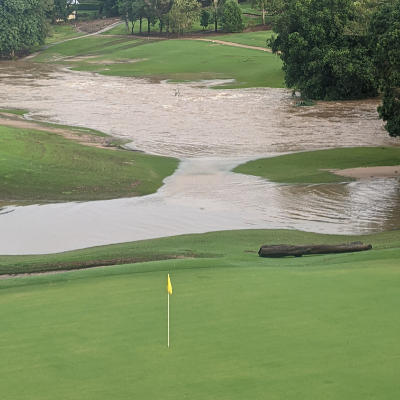 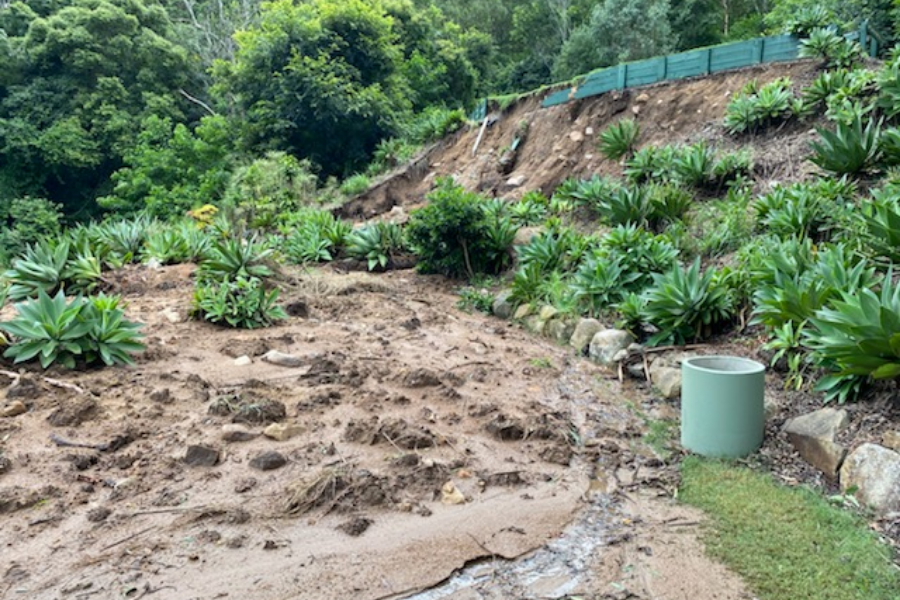 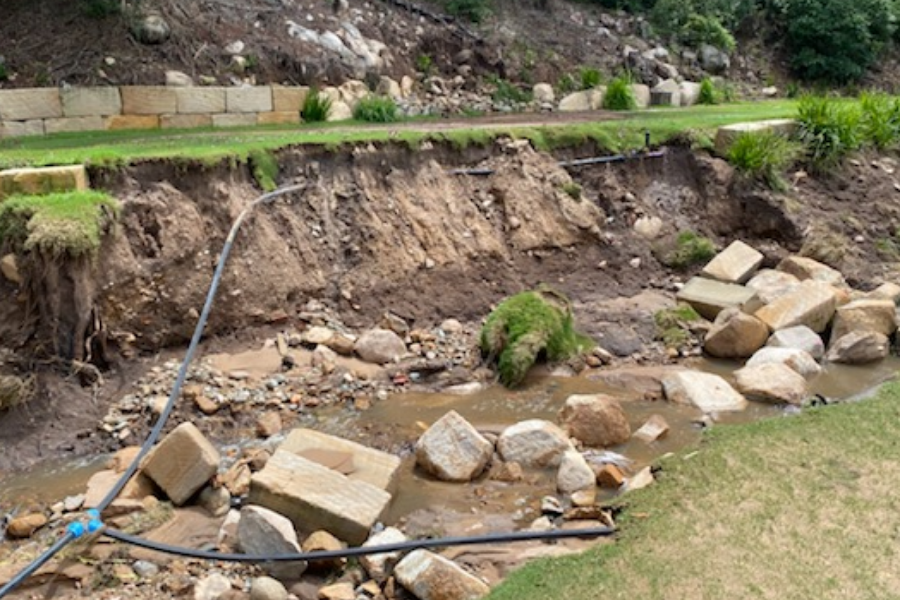 The course has been heavily affected by the recent rain event in Brisbane, recording the highest water levels ever recorded at the club, surpassing both 2011 and 1974 flood levels. With record flood levels come unprecedented problems, which are currently heavily impacting our day-to-day operations as a club.

Ashgrove Golf Club is a community golf club which has a long history of getting by with limited resources. We began as a simple 9 hole course over 80 years ago and have progressed through 12, then 15, until finally 18 holes in the 1980’s. Over the last 10 years we have been able to double our membership to over 1000 active members, servicing the growing desire for golf in our community. The majority of our members live locally to the course, and after many years of struggling to make ends meet, the course had finally managed to reach the point of making significant future plans to serve our golf community in the years ahead.

These plans were thrown into disarray by the events of February 2022. Over 5 days, the course received over 1100mm of rain, compounded by the Enoggera reservoir spillway being activated for the first time since construction. In addition to the Enoggera Creek damage, we had significant water, silt and debris wash through the course from the adjacent Gallipoli barracks, creating a second river down our 5th hole. On top of these issues, we experienced a landslide on one of our tee blocks which blocked up drainage pipes, creating multiple water management issues.

Many of the issues at the course have been dealt with in an emergency fashion based on emergency grant funds the club expects to be able to access. To date the club has spent over $50,000 on emergency works, primarily for machinery hire, to remove silt and stabilise wash outs and landslips. Now that we have passed the emergency phase, we are in the process of assessing the cost to bring our course back to full playability once more to ensure member retention and the ongoing viability of the club.

The course has experienced a number of localised and general damage issues. Our initial assessment of the localised major projects are as follows:

Water from the adjacent barracks rushed through this area, badly damaging the tee block and undermining concrete paths and the dam wall on this hole.

Water and debris that destroyed the 3rd tee continued onto the 4th hole dam, filling our first small dam with deco and silt, and depositing large amounts of this same material in our main storage dam. The course has extremely limited water holding capacity to deal with drought events, and we believe our capacity may have been halved through this event. To desilt the dam, we need large excavators and trucks to remove and then contain this silt whilst it dries out.

This bridge has survived everything the 1974 and 2011 floods threw at it - but not 2022. A central pier has been partially pulled out of the ground resulting in a severe rotation. While repairs may be possible, at a minimum these would incorporate drilling new piers for bridge support and removing the existing damaged piers. This bridge is currently closed to all traffic.

A portion of our 17th tee released from the hill, covering both a lower tee and a drainage channel adjacent the 16th green. To stabilise and repair this area, which is one of the steepest on our course, we believe that we will need to install a number of terraces on the slope to both provide teeing space and retain the hill.

Props under the bridge have been washed away, along with the bank they were sitting on, meaning new piers would be required to extend the life of this bridge further. Given the age and extent of damage, we have been advised by engineers to replace this bridge. In addition to bridge works, the water running through the course has badly eroded creek banks, which require reinforcement to prevent future major erosion.

Ashgrove has a limited number of bunkers in comparison to many courses, the majority have been extensively damaged, or at a minimum been severely contaminated, requiring removal and replacement of sand. As a club we will have to look at progressively repairing these bunkers rather than applying bandaid solutions which will likely fail at the next similar event.

Ashgrove has over 2,500 l/m of non-concrete paths around the course, which have generally taken a hit with this event. While we have repaired the worst areas with materials we have scraped out of drains and off fairways, we have lost many years of materials from these paths.

Through hard work by our dedicated staff and volunteers, we have managed to get our players back on the course albeit in a limited way. The damage caused and the financial impact this will have is heart breaking for a club like ours. Over the coming months, we will be looking at prioritising works, but there will be major works that we will not be able to address for a considerable period of time without support.

Whilst the total damage to the course exceeds $750,000, AGC is looking to raise money in this campaign to enable us to move quickly on key items whilst we apply for future grants which may take multiple years to achieve.

﻿Thank you in advance for supporting Ashgrove Golf Club as we rebuild from this damaging disaster.