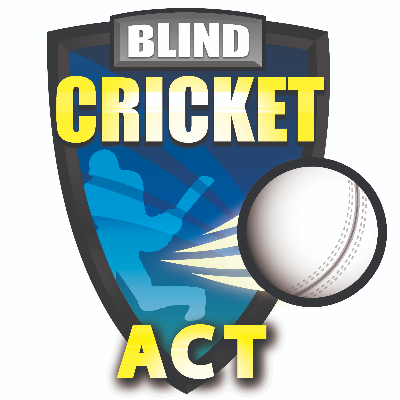 Blind Cricket ACT is a community organisation providing a recreational outlet for blind or vision impaired people in the Australian Capital Territory and southern New South Wales with blind cricket clubs in Canberra and Albury. We provide a mixture of social games and competitive games including a pathway to national competitions, such as National Cricket Inclusion Championships and international competitions such as The Blind Ashes and World Cup. Our games are friendly affairs played in a variety of formats, T20 and 40 over matches. We play against local sighted cricket clubs who wear glasses that replicate some common eye conditions and against blind cricket teams from interstate.

Whilst all of our players contribute to the cost of playing this great game that promotes teamwork and is the foundation of many wonderful relationships, some of the players are on limited means due to the compounding of blindness on employment opportunities. In the past this has meant that some players have opted not to play due to the cost of the sport. It is therefore a major aim of Blind Cricket ACT to ensure that all blind and low vision players can play cricket even if they do not have the means to contribute to all of the costs.

Blind cricket is similar to sighted cricket with the major exceptions being:

·      All bowling is underarm and the ball must bounce once before the halfway mark of the pitch before reaching the batsman.

·      Totally blind players have a runner when batting and are credited with two runs for every run scored off the bat.

How will equipment help our club?

Updated and quality equipment will help our club provide a number of Come and Try days, practice sessions and games in Canberra, Albury, Queanbeyan and potentially other communities such Goulburn, Wollongong and Bowral. This aims to encourage blind, vision impaired and sighted people to try the game, play social games and play competitive games against other states’ blind cricket sides. Blind and visually impaired children and adults of all ages, male and female, will continue to be welcome to attend.

We will also encourage sighted people to try the sport by inviting sighted club teams, schools, universities, businesses such as media and local and international companies and community representatives such as community and political leaders to participate in the Come and Try days and games.

Blind Cricket ACT will also invite other state blind cricket teams to play competitive games in well publicised events in regional communities above and cities such as Canberra and Sydney to enhance the awareness of the sport.

Our club will also work with other cricket inclusion clubs such as intellectual disability cricket and deaf cricket with an aim of combined events for the Come and Try days, practice sessions and games. Where possible we will share the updated quality equipment.

We also intend to obtain audio, video and photographs of the Come and Try days and games to include in a variety of social and mainstream media. This aims to provide ongoing awareness of the sport.