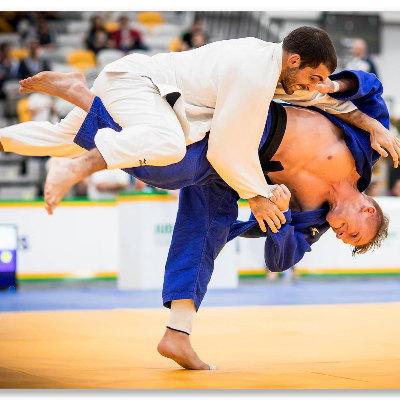 Budokan Judo Club is a very successful community-based not-for-profit club run by volunteers. We have been based in the Castle Hill Showground for over 20 years and have the second largest membership of any Australian club. We are the largest not-for-profit Judo club in Australia. With a sound grass-roots base including the highest number of female Judo players of any Australian club, we have programs for pre-school 3 and 4 year olds, competitive 5 to 8 year olds, Kata (non-competitive forms of Judo), Special Needs and Masters athletes, but at the same time we are also arguably one of the most high performing clubs in Australia. In 2017 Budokan Judo Club became Judo NSW Club of the Year for the fourth year in a row, with our athletes winning 5 of the 10 available Age Category awards which is amazing. We have won NSW Club of the Year 5 times and NSW Junior Development Club of the Year twice. We have also won National awards for the Best Initiative in Australian Judo. We regularly have the highest athlete contingent in the NSW Judo Team to the Nationals, regular representation in all 3 age category Judo World Championships and in 2016, qualified 2 athletes (of 7 in the Australian Judo Team) to the Rio Olympic Games. All our coaches are volunteers and we raise funds through training fees, running NSW Junior competitions, applying for grants and also through various other activities. We are now looking for corporate and private sponsors who are interested in making one-off or regular donations to support our programs, in particular our athletes who regularly travel interstate. Our athletes who travel internationally receive only partial funding for their trips and potential exists to expand the club's sponsorship base beyond those travelling interstate to also include those with an international schedule. The club is also looking to take a contingent to Japan in the future and potentially on other club interstate and overseas "trips". With our growing membership, we will also need to expand our lesson schedule.

Judo is not a huge sport in Australia but internationally, it is enormous with 134 countries competing in the 2016 Rio Olympic Games Judo competition and athletes from 21 countries winning medals at this event. Budokan has a solid reputation in the local community supported by the Hills Shire Council and also in the Judo and wider communities. It has a reputation for commitment and excellence across all Judo activities, from high levels of participation, high levels of accessibility, inclusion, high performance, Kata (non-competition forms of Judo), refereeing, coaching, administration and volunteering. We have an effective mentoring program whereby our Senior athletes participate in and support our Juniors at training and competition. Budokan is dedicated to exposing the enormous benefits and education available through Judo to all ages and all cultures. Through Judo's physical challenges, the development of self-discipline, self-control, respect and friendship, we aim to improve the ability of its members to deal more effectively with all of life's challenges.