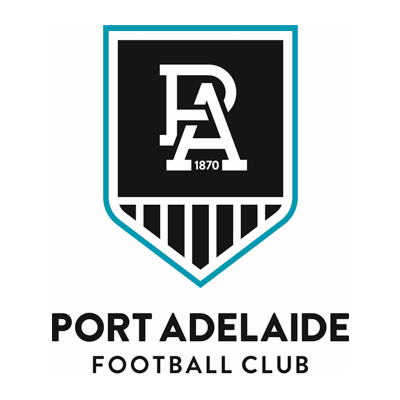 The Port Adelaide Football Club is widely recognised as the most successful senior football club, not only in South Australia but Australia-wide. Since playing its first game in 1870, the club has gone on to win an Australian record of 36 senior premierships including six-in-a-row - another national record - and achieve the honour of being Champions of Australia on four occasions - the most of any club in the nation. After ten seasons in the AFL, the Power has competed in finals six times, including five consecutive years. It has won two pre-season premierships in 2001 and 2002, finished minor premiers in three consecutive years (2002-2004) and won the club’s first AFL Premiership in 2004. Having been firmly entrenched in the community since 1870, Port Adelaide's guiding mantra is simple: We Exist To Win Premierships and Make Our Community Proud. As the most successful league football club in Australia, Port Adelaide joined the AFL in 1997 and has continued to build on its community focus through work in schools, youth groups and with South Australia's Aboriginal and multicultural communities to build greater social cohesion in Adelaide and beyond.