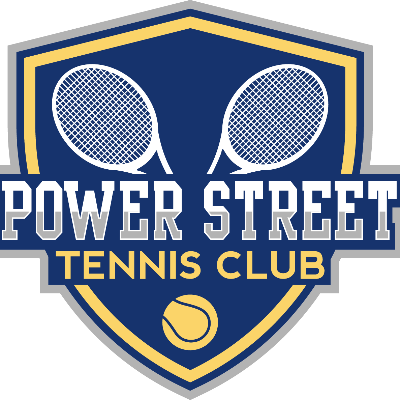 Let there be Light

The historic Power Street Tennis Club has been part of the Williamstown local community since 1925.  Since its inception nearly 100 years ago, the club has rejoiced with tournament victors and shared the sorrow of those who lost. All the while holding these memories and allowing new member to witness these moments through the photos that line the walls of the club house.

Sadly, over the years as the number of tennis clubs around Williamston increased, and the popularity of the game decreased, so too did membership numbers at Power Street.  So much so, that at the beginning of 2019 the club had only 14 financial members and was in danger of folding. However, one passionate member decided that this was unacceptable and took it upon himself to form a new committee. This group of passionate and enterprising community members have since revitalised the club and Power Street Tennis Club today boasts over 300 members.  This is no small achievement in such a short and challenging period of time and is a tribute to the persistence and dedication of the committee.

The Power St committee are dedicated to protecting the history of the club and ensuring that there are ample opportunities for current and future members to add to the history of the club.  To date the committee has undertaken a number of small improvements to the facilities of the club.  These improvements include  asbestos removal and improvements to the club house facilities (new toilets, hand basin installations, new oven, fridge, dining table, chairs and couch) along with a tennis ball machine for use by all members.

The missing piece of the facility improvements and the one which will add the greatest value to the club and it members/community is the replacement of the current court lighting system which in the current financial environment is unobtainable. The existing lighting system for the courts has served the club well but has now well and truly outlived it’s useful life and is in desperate need of an upgrade to LED lighting.  The committee have stretched the existing funds as far as possible, unfortunately these do not stretch far enough to cover the cost of replacing the court lights. Court lights are a game changer for our members and the local community. With many members splitting their time between work and life commitments, the option of a game after work is far more ‘do-able’.

On occasions, and these are becoming more frequent, our night competition along with several social teams have had to play with less than a full set of lights making the task of hitting that perfect return just a touch harder. The lights have become a greater requirement as we recently appointed a club coach who relies on generating an income from using the courts at night, however there have been several occasions where lessons have been cancelled because the lights refusal to operate.

The club through its engagement with the Hobsons Bay Council has a confirmed plan to replace the existing court surfaces during financial year 2021/22 allowing the club to be the gold standard for Williamstown and it local community, however the committee can’t achieve this with the existing substandard lighting. Through our partnership with the Australian Sports Foundation, any donation over $2 is tax deductible and would be greatly appreciated.