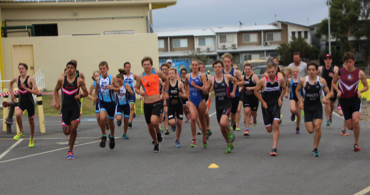 Carina Leagues Triathlon Club received a G4G grant in 2015 to fund the promotion and delivery of an Aquathon series which enabled the club to provide a new pathway for children and their families to easily participate in, and experience the benefits of grassroots triathlon programs. The club also spent some funds on shirts and training equipment for participants which helped to reduce entry costs into ongoing engagement with the sport, which supported significant uptake in weekly program attendance from participants in the aquathlon series.

“The delivery of the aquathlon series has had a significant impact on youth participation in the sport. Traditionally triathlon is viewed a difficult and often expensive sport to engage with, resulting in low participation numbers at a junior level. By removing the most costly and challenging element of triathlon, coupled with the delivery of the program alongside family members in one central environment, many children who would not have otherwise tried the sport were able to engage”- Kym Wood, Project Manager told us. “This also resulted in a number of new members joining our club and nearby partner clubs and an overall increase in ongoing grassroots participation that would not have been possible without the delivery of this sport.
We wish to thank the ASF wholeheartedly for enabling us to develop and deliver a unique engagement program for youth in the local area”.