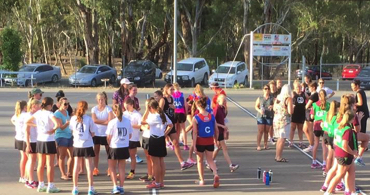 Rochester Netball Association received a G4G grant in 2015 to close the gap between netball seasons for their young local netballers by running a 4-week preseason challenge.

“We have had 91 girls enter our preseason challenge over our Secondary and Primary sections”, Sally Parker, the clubs Grants Officer told us.
The preseason extended beyond the Rochester community to surrounding towns which created new opportunities for even more clubs to join in the years to come. “We have a great netball facility in Rochester and are so excited to see the courts full of enthusiastic young netballers”.