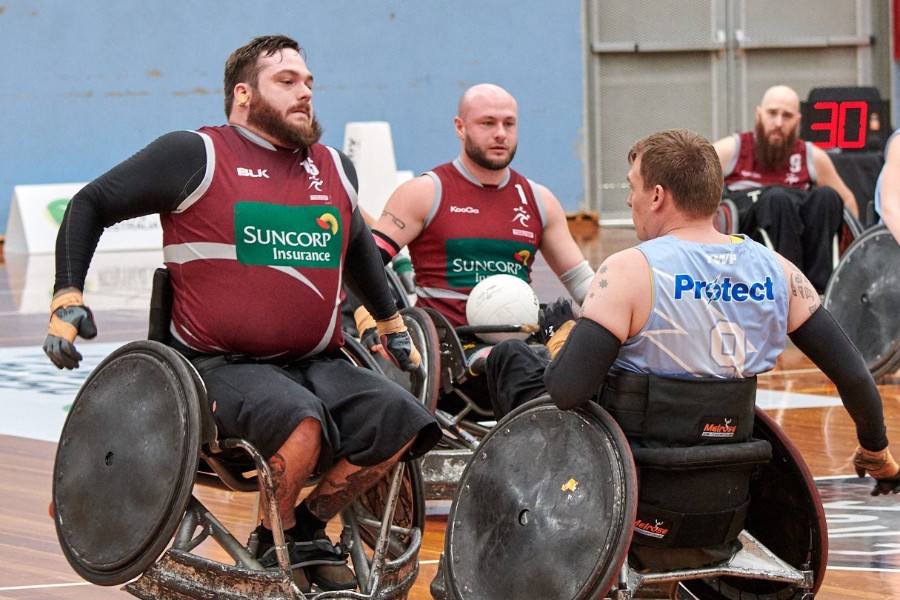 Cameron has been fundraising through the Athlete Fundraising program with the Australian Sports Foundation (ASF) since 2017 as a State level athlete with the Queensland Cyclones Wheelchair Rugby Team.

Cameron has worked hard to now be a regular rostered athlete with the Queensland state team with aspirations to be selected on the national team for the Paris 2024 Paralympic Games. Surprisingly he achieved this using old beat up club wheelchairs which left him with bruising and cuts as they did not fit correctly. He has been fundraising to afford his own customised rugby wheelchair and travel costs to compete across the country.

Cam was proactive in telling his story to his local community in Beaudesert through the local newspaper and his Facebook page with an emphasis on timing his asks around June at the end of the financial year.

Cam has had a mix of donors with over 70 donations made between $5 and $1,500 over the last few years. Some have even signed up to give a monthly donation to Cam as he trains hard to reach his sporting goals.

His community of supporters have seen first-hand the progress on court he has made since their contributions have allowed him to purchase his own wheelchair designed to his specifications and he has tasted his first National Championship gold medal with the help of his new chair.

“Being involved with the ASF has provided me with the financial assistance I needed to compete in developmental competitions around Australia and Overseas. In doing so, its helps me become known to Australian selectors in the future.”