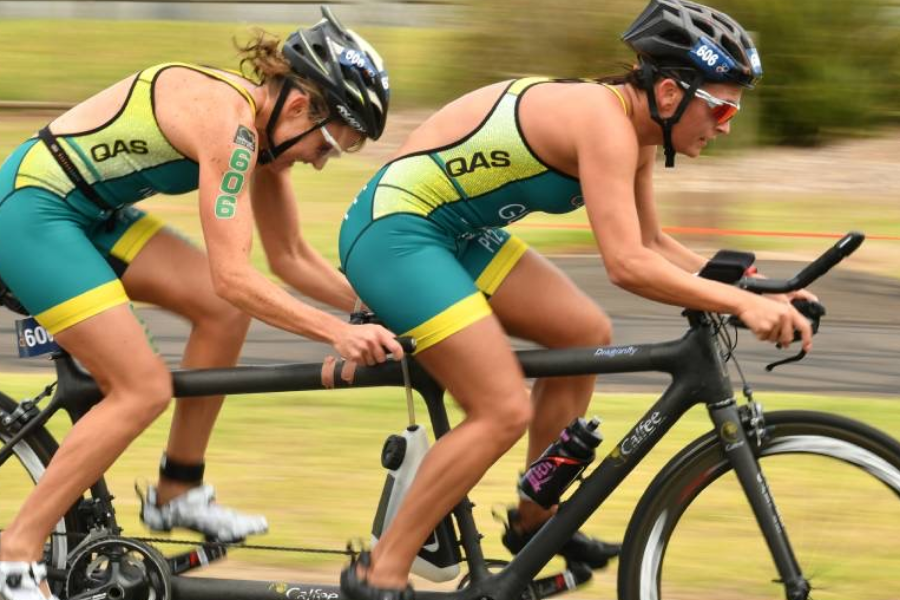 Katie has been fundraising through the  Australian Sports Foundation (ASF) since they started the initiative in the lead up to the 2016 Rio Paralympic games. Katie has also launched her own not for profit ‘Sport Access’ in which she has partnered with the ASF to allow tax deductible donations.

As Katie has become more successful in her sport, the cost to compete at the highest level has also increased. She relies on guides to compete in Para-Triathlon as a vision impaired athlete and the equipment needed for her sport is upwards of $20k which is not funded through her sporting body.

Katie spent some money to put together a targeted and professional video to tell her story and ask for donations through the ASF and also a video to thank her donors and supporters along the way. She spent some time with a graphic designer to develop specific imagery and story for her fundraising webpage and used media channels such as TV interviews, social media and engaged with her local community for PR and media opportunities to share her fundraising story.

Katie would encourage athlete fundraisers to get a mix of donors including small and medium businesses giving at around $500 – $1000 each towards your campaign to get some runs on the board and encourage others to give at similar amounts to reach your target. Be mindful of donor fatigue and put a timeframe on your campaign to create a sense of urgency. Thanking donors is extremely important! Katie thanked every donor to her campaign through email and video while spending more time to personalise a thank you to larger donors over $1000 making them feel special and part of her inner sanctum via exclusive content.

Katie has raised over $30k towards her career as an Australian athlete with the ASF and will now have the best performing equipment to match her impressive physical abilities when she lines up to race at Tokyo 2020. She also has a large list of donors to support her with her future endeavours and make future donations to her campaigns.