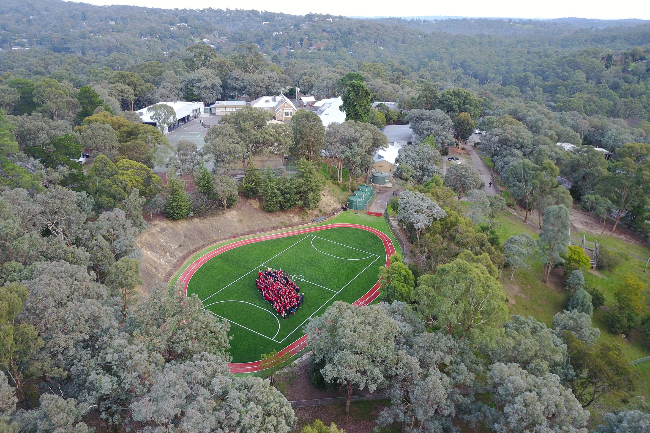 Warrandyte Primary School (WPS) in Victoria is a small school with big ambition. They have less than 250 students but a very passionate and engaged school community and set the goal to raise enough money to resurface their school oval.

WPS had attempted to redevelop their oval several times but across 40 years, grass has never been able to grow on the oval and was unable to be maintained.

The staff and community of WPS wanted the students to have a safe and secure place to play and train for sport and it was decided that the school would cover the oval with artificial turf, which would also cut out the hassle and costs of watering and maintaining the ground year-round.

A parent of one of the WPS students knew about the Australian Sports Foundation through their own sports club and, as they were keen on having the oval redeveloped, they recommended using the Sports Foundation’s tax-deductible platform to do so.

The ease of taking and receipting donations, as well as the credibility of having an official organisation backing the project, were among the reasons the committee signed up with the Sports Foundation.

WPS knew that the oval redevelopment would be a lengthy process and therefore they could give their fundraising campaign the love and attention it deserved. In the committee, they planned and executed all areas of the fundraising campaign, including how they would market the program, what communication was needed and how many donations were needed to achieve their goal.

The school first launched the plans to fund the oval redevelopment via an online newsletter to all members of the school community, with the link to the project on the Sports Foundation website.

After this, WPS utilised the talents of one of the parents, who worked in graphic design and created a visual noticeboard in the foyer of the school with a thermometer that displayed their fundraising target, key milestones and important information about how people could donate and the fact that donations to the cause were tax-deductible.

A Sports Foundation team member advised the WPS committee that people were more likely to donate to a cause that already had some donations in it rather than just a zero balance. A few dedicated committee members and parents kicked off the donations and quickly $800 was raised!

Engaging and encouraging the community

Once the initial $800 was in, it became easier for WPS to ask for donations and push the cause. The committee found that people were more willing and happier to give then they originally thought.  Despite initial reservations that families may not want to donate if their child was only going to be at the school for a short amount of time, the committee found that because current WPS families had benefited from what other parents had funded (new equipment, other facilities) they were open to giving to something that would be used for many years to come and for everyone in the community.

WPS utilised the many connections it had through parents and families of students to spread the message of the fundraiser, and to direct people to the online donation page.

Reaching the goal: Strategies and Tactics

A parent of one student worked in graphic design and offered their skills to create eye catching signs and billboards that were placed around the town and near busy roads. The signs briefly described the fundraising program and directed people to head to the WPS website for more detailed information.

The committee worked with the local IGA and grocery shops and placed collection tins at the checkout. This method proved highly successful and the school was able to collect a reasonable amount of funds – all through loose change! The collection tins required low effort from the school as people could simply donate by dropping their loose change into the tin.

The most donations raised came through a tick box on the school registration form asking parents if they wanted to make a tax-deductible donation towards the oval redevelopment.

All families completed this registration process at the beginning of the school year and as they were already in the process of making a transaction of school fees, it was not difficult to convince them to add $50 or $100 in the form of a donation, especially because the donation was tax-deductible.

3. Keeping the program on the radar

WPS worked to ensure that the Oval Redevelopment project was kept front of mind throughout the school year. They did this through sharing regular updates and donation asks on the ‘Friends of Warrandyte’ Facebook page and in the school newsletter.

Feedback from donors was that they liked the ease of donating online using their credit card and felt their money and details were more protected and secure through the Sports Foundation. For the committee at WPS, using the Sports Foundation meant there was much less hassle of administration and receipting.

The local newspaper took interest in the efforts of the school and the benefit of the new synthetic oval for the local community, and wrote a piece in the paper. This was a good way to reach members of the community that perhaps were not connected to the school directly but would still be likely to donate to the cause.

At every event held by WPS ,the money raised was put into the oval fundraising project. Over the two years of the fundraising appeal, the WPS held trivia nights where prizes donated by the parents were raffled off, hosted a stall at a local festival and hosted a Father’s Day breakfast where all ticket proceeds and money donated on the night was for the redevelopment of the oval.

Over the two years it took for WPS to plan, fundraise and build the new oval, they applied and received a number of grants from different organisations, such as the local Rotary Club.

A major help for WPS was a grant from Bendigo Bank’s Community grants program; a sizeable injection of cash towards the oval redevelopment was a great benefit for the school. It also showed potential donors that reputable organisations like Bendigo Bank were backing the fundraiser, and made the target amount much closer to reach and not so daunting.

Working with the Sports Foundation was beneficial when applying for grants as it demonstrated to the granting organisation (in this case Bendigo Bank) that the school community had already contributed financially towards the program.

While the school reached out to people beyond the Warrandyte Primary community and did receive donations from them, the most donations came from people who had some connection to the school.

A large sum of money came from a group of ex-students aged in their 90s who came together for their annual school reunion, as well as plenty of parents and grandparents  through the add-on donations and at school events.

The WPS committee encourages anyone planning on fundraising for their school to allow plenty of time to plan and organise their campaigns and identify which upcoming events and communications they can use as ways to ask for donations.

Using the Sports Foundation was a major key to reaching their target and achieving their goal. The tax-deductibility allowed people to give more than they normally would, and the security of using a reputable organisation to facilitate payments and receipts offered the donors and the organising committee peace of mind. 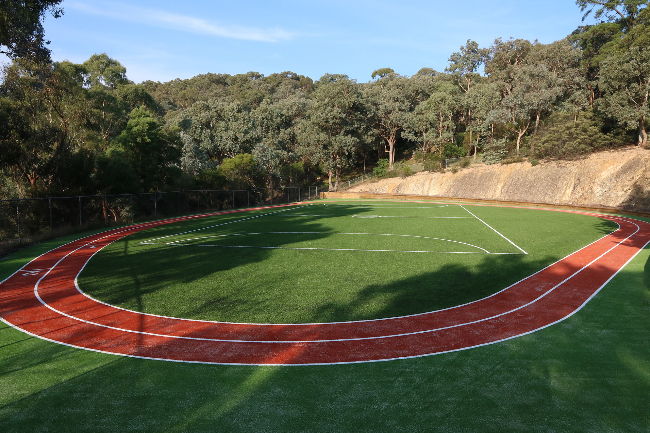 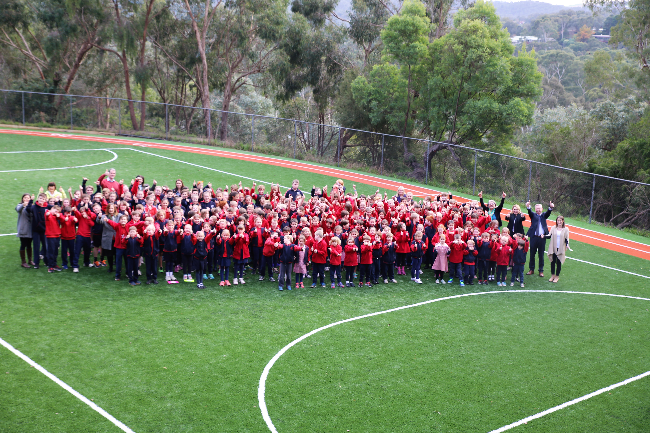