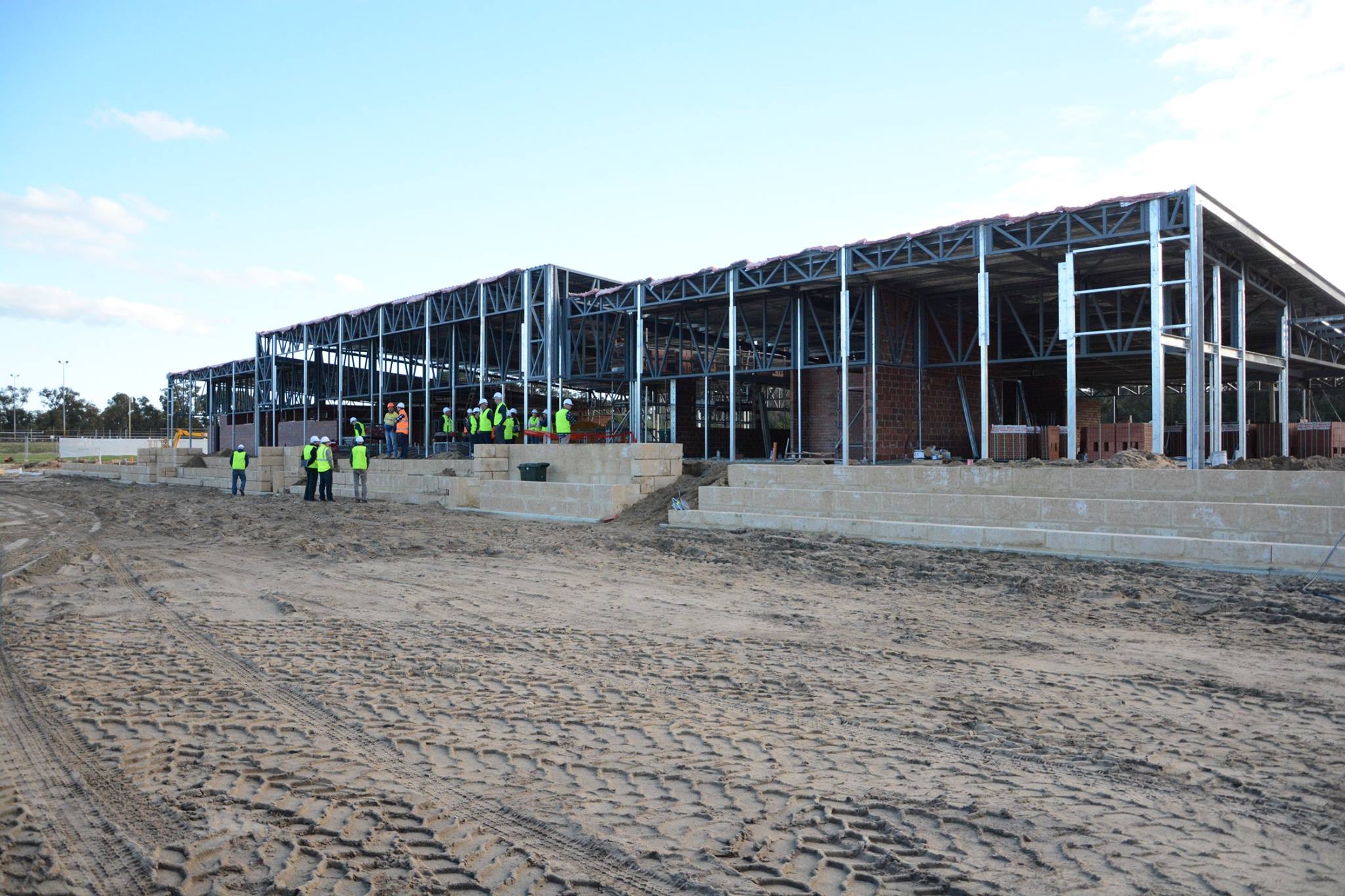 Whitford Hockey Club (WHC) in Perth is one of the largest clubs in Western Australia with teams in elite level, masters teams all the way to junior teams. WHC offer competion, coaching and umpiring courses.

Whitford Hockey Club was originally base at MacDonald Reserve in Padbury, Western Australia. The club consisting of over 600 members (32 teams) is one of the largest within WA. The put in an application to the local council for an artificial surface at their home in Padbury. The council rejected this project which meant the club needed to look for an alternative venue.
The club then looked to build a new hockey facility that included;
• Artificial turf
• Grass grounds
• Clubrooms and
• Changing rooms
The fundraising target for the club was $600,000. The project was also supported by State and Local Government funding.

It was important to the club to retain their friendly and healthy community focus. The new facilities would allow for greater community engagement and use.

The club focused on three areas to drive their fundraising;
1. Generate as much funds from people outside of the hockey club
2. Make sure the members take ownership and feel responsible for supporting the initiatives to raise the funds as they are the main beneficiaries in the end
3. Heavily promote the vision through visual tools like this video: https://www.youtube.com/watch?v=zUh5nvetkWk&feature=youtu.be

The club created a fundraising committee which reported to the main club committee.

They implemented a master fundraising plan which included the delegation of projects to smaller groups within the club to manage. It was important to allocate the right people for the right project ie: some people were more happy to give there time on a Saturday morning at the club rather than help organise a gala dinner.

Setting up a project with the Sports Foundation allowed for us to create a donor program. They recognised different levels of financial contributions. Platinum donors were awarded either a set of polo shirts or a framed shirt for their contribution. All donors were invited to a pre-opening tour of the facility and to the official opening by the local council.

Donors were thanked and recognised (regardless of donation amount) in at least one of the following ways:

Over two years the club raised $72,000 in partnership with the Australian Sports Foundation.
The club also ran a number of other fundraising campaigns; gala dinner, avocado sales, in-kind donations and quiz nights. Allowing for the total fundraising target of $600,000 to be reached.

Club fundraising commenced back in 2006 and continued alongside the Sports Foundation Fundrasing.
The most successful fundraising and return on investment was the Avocado sales. $158,000 was raised over the 2 years by the club purchasing avocados at wholesale prices and each member selling them which created a profit of $10 per bag. Members were required to sell 15 bags each. Members who did not want to take part in this were encouraged to make a donation to the club via the Sports Foundation.

• Make a plan.
• Brainstorm lots of fundraising ideas and then work on the detail of each. Look at the reward for effort.
• Have a committee that meets regularly and assess the fundraising milestones along the way.
• Write to all your members, tell them how the fundraising for the club is part of the DNA. We need to invest in our game.