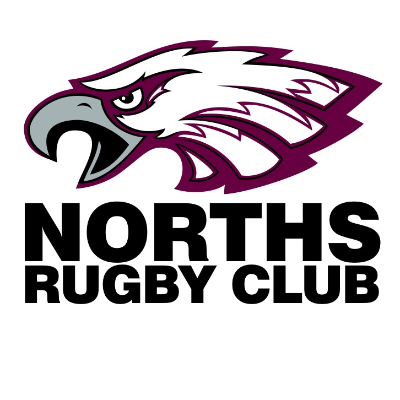 Formed in 1928, North Brisbane Rugby Union Club or Norths Eagles is one of Brisbane’s most historic rugby clubs. We are a community rugby club located in the northern suburbs of Brisbane, with main assets other than our people being our clubhouse and fields at Hugh Courtney Sports Ground at Wavell Heights and our Premier Grade rugby status allowing us to play at the highest level below Super Rugby. Most fundraising goes towards improving those assets, through to coaching programs for the players. The modern economic cycle makes it difficult to undertake capital upgrades to facilities, which is dependent on grants. Please make a tax-deductible donation today and support our local community club!

We support our player’s passion for rugby whether it is for participational or aspirational purposes. Our home ground and Club House is Hugh Courtney Oval, Wooloowin Qld. We have three floodlit, full-size rugby fields and a large open plan Clubhouse we call The Nest. In everything we do on and off the field we believe in our Mission!

Our progressive activities around developing Men’s, Women's, 7s and Junior Rugby helped us to become a leading community group in Australia. Our teams compete in Brisbane’s Hospital Cup competition – the pinnacle of grassroots rugby in Brisbane and one of the premier club competitions in Australia.

Norths Eagles have a proud tradition of developing aspirational players to higher honours in the National Rugby Championship, Super Rugby and the Wallabies. In 2019 we had registered players spanning six open grade teams and three colts teams as well as a Men’s and Women's 7s teams.

We were Premiers in 1963 & 1976 in premier grade and are currently going through a growth era with six Open Teams, three Senior Colts & the further development of Women’s & Sevens rugby in the Seniors. The Norths Rugby Junior’s also had their best ever year in 2019 with 575 registered players, 43 teams and winning all four Division 1 Junior premierships in 2019.

The creation of the North Brisbane Rugby Club Foundation is aimed at supporting the development of our Club, its players and the local community through tax deductible donations.

Please show your support for Norths by making a tax deductible donation today!