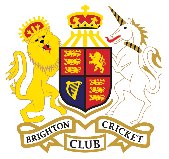 Brighton Cricket Club (founded 1842) is one of the oldest cricket clubs in Australia, and currently plays in the Victorian Sub-District Cricket Association competition, the second strongest club competition in Melbourne. The club fields four senior teams in the VSDCA and a further 13 junior teams in local competitions, ranging from Under 12s to Under 16s. This season the club has also entered an Under 13 girls team and plans to expand its women's cricket program in the coming years. In the course of its history, 12 international cricketers and over 60 first class cricketers have played with the club.