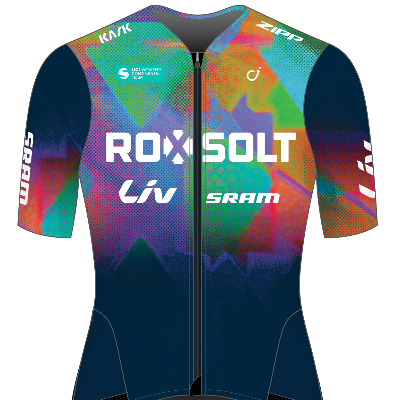 Roxsolt Liv SRAM provides Australian female cyclists a flexible opportunity to train and race their bikes around the world while remaining based in Australia.

Along the way the team hopes to continue to inspire Australians to participate in cycling by showing that it is possible to race as part of the Women's World Tour while either working or studying.

Previously the team has raced in Australia, Europe and the USA but operating on a limited budget this involves staying in strangers homes, or short term accommodation often sharing beds, or the floor on air mattresses.

To enable the team to continue to compete both in Australia and around the world post COVID-19 will see a substantial increase in team expenses to cover staff, transportation, accommodation and hygiene equipment such as masks, hand sanitiser & disinfectant. All team staff and coaches who are all currently volunteers will require training in sanitisation and infection control protocols.

Funds will also be used to offset the substantial increase in team registration costs payable to the UCI due to the decline in Australian dollar against the Euro, to support other required team equipment including radios for team communication, quick release bike racks for race vehicles, air fares, overseas vehicle rental or lease costs, staff expenses for racing in Australia and overseas, providing assistance to our junior (U19) athletes, and insurance for races and training.

This support will enable to team to attend qualification/ selection races for both Olympic Games and World Championship events as well as providing emerging Australian female cyclists the opportunity to participate in some of the biggest races in Australia and the world (once permitted to travel and race again).